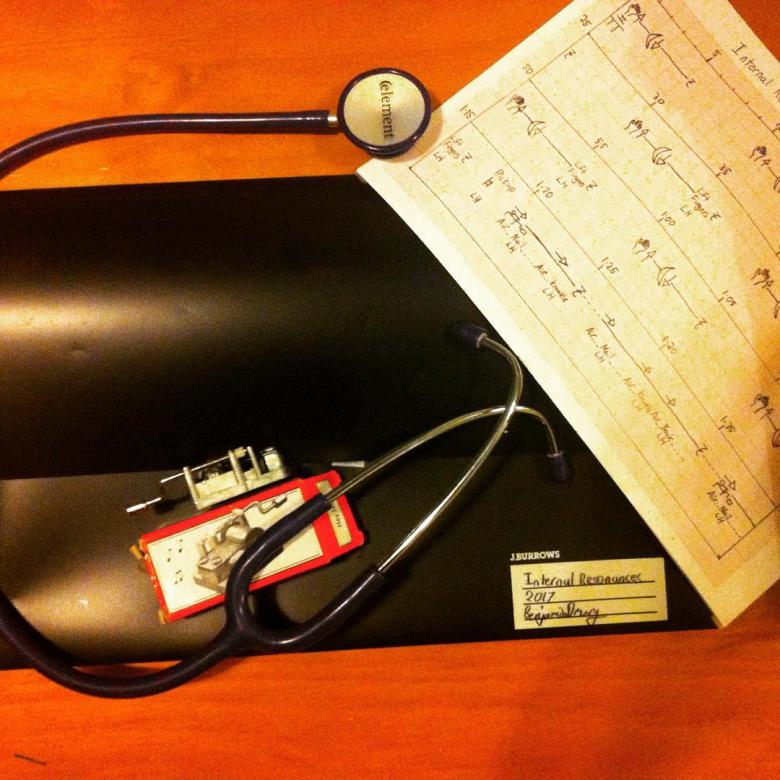 Internal resonance is a performance piece I wrote and performed for a vocalist and stethoscope. The piece explored making sound in the context of the human body and using the body as a resonator for external objects.

The performance was conducted on a one on one basis. The stethoscope was in the ears of the listener and I moved the head of the stethoscope around my body while performing the gestures of the piece.

The piece was performed at Art Not Apart in New Acton, 18th of March 2017